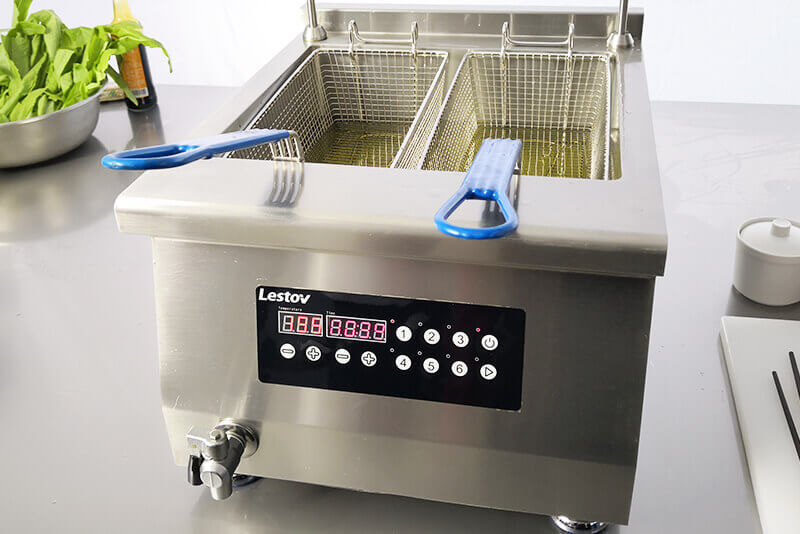 According to the research on kitchen design trends by National Kitchen + Bath Association in 2018, induction cookers are becoming a new kitchen trend with a rapid growth rate. 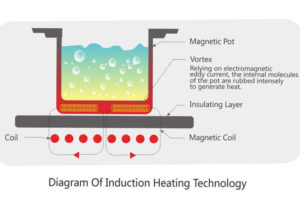 When the high-frequency alternating current goes to the coil, it will generate a certain range of magnetic fields. This magnetic field range can generally reach the top of the glass-ceramic within 3cm height. The internal molecules of the bottom of the pot or pan rub intensely through the induction of the magnetic field so that the vessel itself generates thermal energy.

Compared to traditional gas stoves and electronic stoves, which use a burner or heating element to heat indirectly and deliver the heat to the food in a radiation range, the induction cooker is better, which can reduce the wastage of heat energy, thereby keeping the kitchen cool. It is crucial for smaller kitchens or sites struggling with high temperatures.

In other words, if we use an induction cooker, the heat source would be the cookware itself, it heats the food directly, so less heat emits to the surrounding air, and cooking is faster. According to our experiments, the thermal energy utilization rates of gas stoves, electric stoves, and induction cookers are different, respectively 40%, 74%, and 90%.

It means better temperature controllability and less cooking time with the induction. “This is a physical reaction that happened in an instant,” says Mr. Chen, the product development manager of the Lestov factory.

You can even put a paper towel between the induction burner and a boiling pan. You will find that the pan gets hot, but the surface of the burner is as cool as usual. Because the pan will be inducted by the electromagnetic, but the paper will not.

Regarding the advantages of the induction cooker: Firstly, it is easy to clean. Since the cooktop itself is not hot, it is easy to clean. Turn off the power first, then clean it with cleaning cream and then with a soft cleaning pad or cloth.  Secondly, the new induction cooker has time control or temperature control to prevent the food from burning or over-cooking, and the bottom of the pot is evenly heated.

Through 18 years of experience and continuous innovation, Lestov commercial induction hob manufacturer has released a series of smart induction cookers in 2020, which can not only achieve time setting and temperature control on the same equipment but also preset and memorize several different menus. For example, for menu number one, you can preset a value for a temperature of 180 degrees for two minutes according to food cooking requests.

For menu number two, you can set the temperature to 100 degrees to cook for ten minutes for another dish, and so on. Once the menus are preset on the equipment, you don’t need so many executive chefs, even an apprentice can operate it, which greatly reduces the labor cost.

In summary, the induction cooker is not only more energy-saving and safer than the gas stove or electronic stove, but also more intelligent, easy to operate, and saves more labor costs.

With high power, what should be paid attention to for a commercial induction cooker

Commercial induction hob manufacturers have over the years, increased progressively in the making of commercial…

Commercial Induction Cooker: Some Facts You Need To Know

Generally speaking, an induction hob for commercial use means what is marketed, promoted, or sold…

Is the commercial induction cooker healthy?

With the way most commercial induction hob manufacturers have been producing top-quality cooktops, it's really…