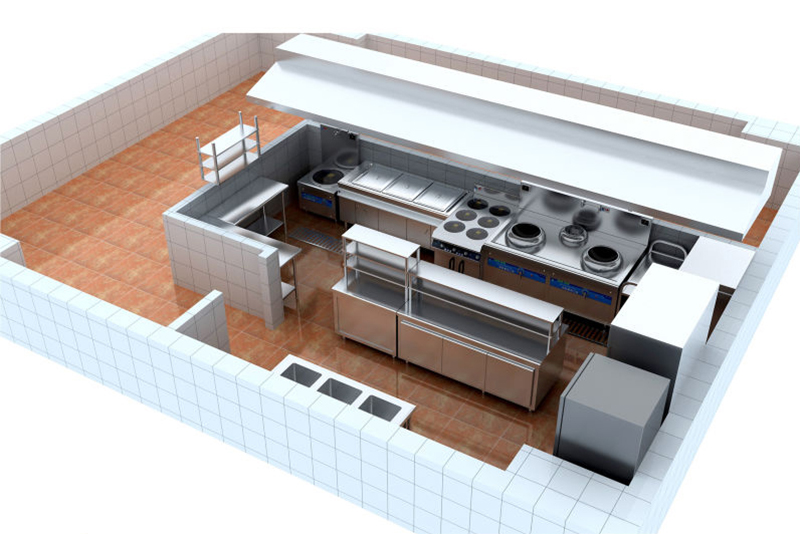 Since the beginning of humankind’s use of Tinder One-million years ago, mankind has entered the civilized era of slash-and-till, and people’s lives are no longer dragged down by raw food, and gradually start to create a brilliant culture. The use of open flames is the core symbol of the beginning of food culture.

For millions of years, people’s cooking methods have gradually developed from single stewing to frying, steaming, roasting, and so on. We gradually found that stir-frying in large heat can make food more delicious, and long-term baking in a small fire or even in a dark fire can make food more tender and delicious. Eating gradually changes from the need for survival to the taste for life.

The emergence of the cooks’ industry is an inevitable product of this evolution. The emergence of hundreds of millions of restaurants has made chefs even hot jobs. More and more people have enough funds to enjoy their lives.

They pay attention to each of their food, clothing, and accommodation, appreciate restaurants with high cooking standards and make flat-style restaurants face bankruptcy. Cooking becomes an art.

But it is undeniable that with the high-end and diversified cooking methods, the small kitchen environment is filled with more and more tools and personnel, and the ancient firewood and gas fire methods have made it a steamer for employees. The stuffy, cramped, noisy, sooty environment makes people miserable. People look forward to changing.

The trend of change has become increasingly apparent. People are eager to find a new way to reduce heat emission and pollution production, protect the shrinking green vegetation and silvery-white glaciers on the earth, and maintain the natural environment on which human beings depend.

The emergence of the induction range cooker is a revolutionary impact on the traditional firewood and gas fire models. Its extremely high thermal efficiency, perfect iron molecule collision heating method, and increasingly stable structure are more and more favored by users around the world.

The resulting green, environmentally friendly, and comfortable kitchen environment is even more ecstatic for chefs who have been poisoned by the traditional high temperature, oily kitchen environment.
Among them, how iron molecules collide and extrude heat caused by a magnetic field can almost completely replace the ancient mode of combustion to generate heat.

People no longer need to cut down trees, dig coal, and explore natural gas. Just using electricity can make the iron pan generates enough heat for cooking itself. The vegetation of the earth can be maintained and expanded. The melting of two-level glaciers can better regulate the climate. The existence of species fills the world with diversity, and the upgrade of the energy structure has a far-reaching impact on social development.

Lestov commercial induction cooker manufacturer has been committed to creating an ideal kitchen environment since 2003. After three years of hard research and development, it has really started to fulfill the mission and social responsibility of a high-quality enterprise for global environmental protection and users’ physical and mental health in 2006.

After more than ten years of inspection by end customers and the impact of market trends, Qinxin company delivers nearly 30,000 products to kitchens around the world every year, we are gradually becoming a leader and guide in the commercial induction cooker industry. In the future, we will definitely leave a strong mark on the development of the world’s commercial induction cooker.

We work together with developed and developing countries around the world and are gradually moving towards the modularization of products and systematization of regional cooperation.

We believe that in the near future, smokeless and silent kitchens will transform from ideas to reality, global energy resources, and structural upgrading will also be realized, and the theory of environmental protection can spread to the world.

Best Commercial Induction Cooktops: The Pick for a Brand Distributor

What are the most important factors to examine when businesses need to buy commercial cookers?…