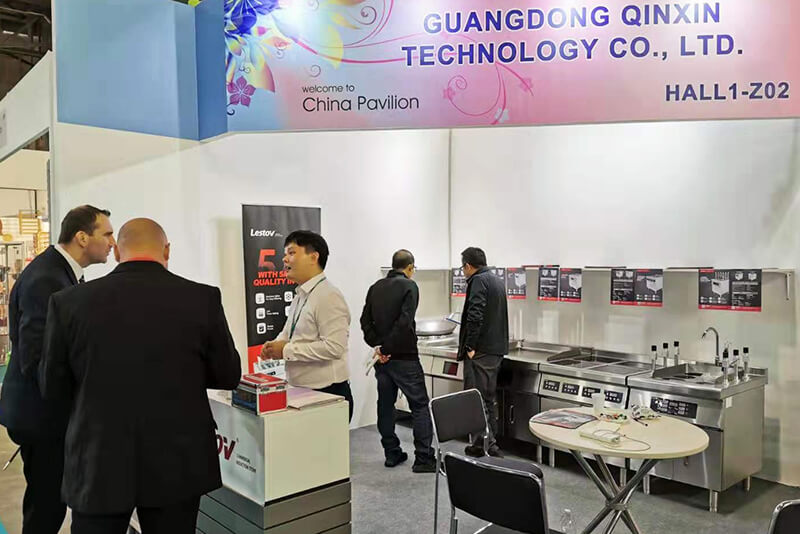 When using a commercial induction cooktop, the amount of energy transferred into the atmosphere is significantly reduced. This is unlike other cooktops such as gas, where you see high energy being released into the atmosphere. This release is dangerous to the health and drowned out by health authorities. With commercial induction cooktops, you get up to a 75% reduction in this energy released.

That’s a very huge number,won’t you agree? This means that little or no energy gets transferred into the environment when it comes to commercial induction cooktops. The cookers are so energy-specific that all the energy is focused on the cookware and its content. That’s why the cooker is well known.

With zero possibility of ignition, there definitely would be no flames anywhere. Commercial induction cooktops are built in such a way that they would never ignite for anything. How would they anyway? They are cookware specific, meaning they only transfer heat to specific cookware. And they don’t cause flames at all, just heat, serious heat that gets meals cooked.

With this absence of flames and ignition, it’s very safe to use commercial induction cooktops in your homes, offices, and commercial catering kitchens. This is one area that which commercial induction hob manufacturers beat their competition. You might say, electric cookers don’t have flames as well, but what about ignition? They can easily ignite at the slightest mistake because it’s connected to a power source.

As stated before, commercial induction hob manufacturers built these commercial kitchen cookers to be cookware specific, meaning they don’t transfer heat to objects that are not specific to them. This way, there is no risk of getting burned, there is no risk of unintentionally leaving your pot on the fire and seeing the content get burnt and the pot gets cooled almost immediately the cooker is turned off.

They are very easy to be cleaned

Commercial induction range cookers are built-in super sleek designs that make them not only beautiful but also easy to clean. Their extra smooth surfaces mean you only need one swift wipe and they are clean again because they are non-sticky. It’s also worthy to note that commercial induction cooktops have massive spill control features. What this means is that, when you’re cooking and the food starts spilling out the cookware, the cooker automatically goes off till you clean up the spill.

This reduces the danger of not only getting burned but also allowing the machine to get dirty. This is one major reason why it’s very healthy to use commercial induction cooktops. Spill management poses serious threats to chefs and homeowners alike and this feature controls it beautifully, making it safe for all.

This might not look like it’s worth being on the list but it is. Being able to manage space as well as operate in a work area that is spacious and free has health implications. Cooking in a space-choked place just because your cooker is big can be dangerous, you can easily trip on something and risk a deadly fall.

With built-in commercial induction cookers, you get to buy the cooktop that fits your kitchen perfectly. They come in different shapes and sizes and you can easily pick anyone that would ensure maximum space available for your kitchen without posing any threat to you.

They offer genuine quality machines at wholesale prices. They also offer free consultation and advice when it comes to anything that has to do with commercial induction cookers.

Factors Driving the Growth of the Commercial Kitchen Appliances Market

The rise and use of induction cooker commercials have been surprising in recent years. The…

In recent years, commercial induction cooktops have stood out in the market by virtue of…