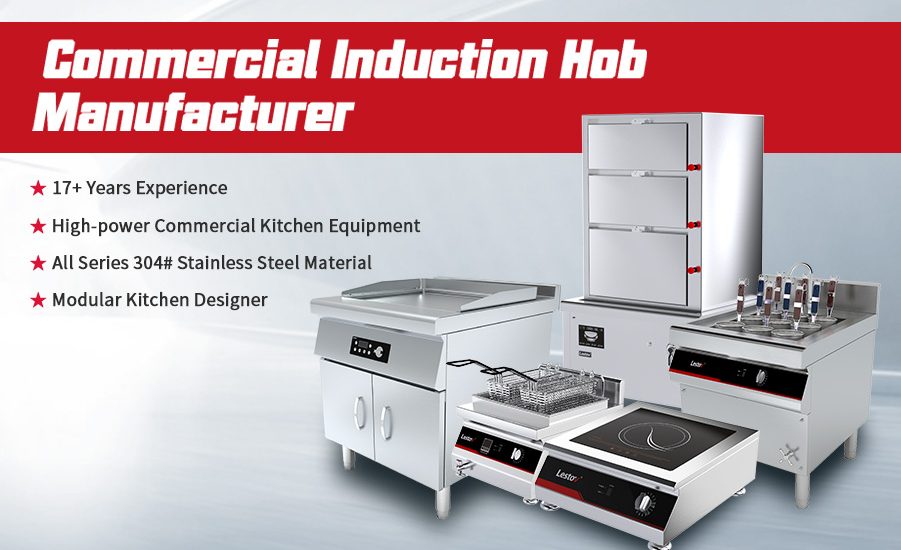 Let’s take a look at how they have developed over time.

Commercial induction cooktops go way back to the year 1933 when Frigidaire, who was a division of General Motors introduced it at an event, Century of Progress World Fair, Chicago, United States. The idea sounded bleak, but they weren’t joking because, in the early 50s, the division had begun demonstrating how these induction cookers worked.

This demonstration continued as a kind of show because experts and specialists were just concerned with showing how the machine worked and not paying any attention to how they could turn it into a cooking machine. So enough, people began to see its potential as a great cooking method if used properly.

At the beginning of 1970, the very first induction stove was created in America by Westinghouse Electric Corp. It was a marvel to behold and people seemed to welcome the idea. In 1971, they went on display in Texas where they were named Cool Top Induction Range. These cookers had just one single heating element back then.

Soon enough Westinghouse Electric Corporation developed yet another induction cooker which they named Cool Top 2. This one was made from a combination of stainless steel, aluminum, and carbon steel. It had up to 4 heating elements and each of these elements gave off 1500W.

Around 1980, Sears, who manufactures household appliances became the first to sell commercial induction cooktops with 4 burners. The cookers sold had little problems of low power, being very noisy when in use and offering little to no resistance.

A few years later, the development of commercial induction cooktops continued and both American manufacturers, as well as Asian and European manufacturers, gave their all to make the machinery a success.

Finally, in the year 2009, Panasonic, which is amongst the most popular brands in the world of technology manufactured an induction burner that was made of metal. It was also effective with nonferrous metal vessels but alas! This brought about a lower head production making it less efficient.

There are lots of respectable brands manufacturing these induction cookers and they make them while listening to customers’ pleas for improvement. Today we can find single burners, double burners, freestanding ranges, and much more. You can even have those that are incorporated into your kitchen, providing you a nice view.

Unlike before, there is more and more compatible cookware available too. The diversity is increasing greatly, as we now have tea kettles, pots, grills, and much more. This cookware is made to be beautiful with different colors and shapes and also resistant to any form of corrosion.

Having all these amazing features, it’s not going to be a surprise if people start giving up on the other means of cooking available. Boasting with efficiency, beauty, and modernity, commercial induction cooktops have developed into everyone’s choice.

It’s important to understand how commercial induction cooktops work. The induction element in them is a powerful magnet that yields a magnetic field under the ceramic cooktop surface.

Once you place a cooking vessel in it that is metallic, the energy created by the magnetic field induces the cookware producing a form of electrical contact with it.

It’s this transfer of energy that brings about the heating of the metal (cookware). You can control the heat generated by the magnetic field on the cookware. This means that your food will only heat when you place compatible cookware over your commercial induction cooker. Once it’s not in use, the induction cooker will remain cold ensuring you never get burned.

Mechanism Of Operation For An Induction Cooker

1) An electricity field produces a coil that brings a huge electromagnetic field.

2) The electromagnetic field created seeps through the magnetic particle of the cookware creating a mild electric current that brings the heat.

3) This heat generated on the cookware gets transferred to the contents in it (the soup, whatever you’re cooking).

4) Everything outside the cookware remains cool and unaffected by the electromagnetic field. Immediately you take off the cookware from the commercial induction cooker, the heating element stops producing.

This whole process means induction gives the pan the power to become the major source of heat. The hob itself acts as an electromagnetic field which is easily controlled by sophisticated systems.

One major reason commercial induction cooking is loved is the fact that it’s cooking process can be controlled to precision. The temperature of the pot can be set to whatever you like while the cookware will always heat immediately.

Commercial induction cookers have come a long way from the early 30s but it’s safe to say now that it has found its feet in the world and is fast increasingly becoming one of the best-preferred cooking methods right now.