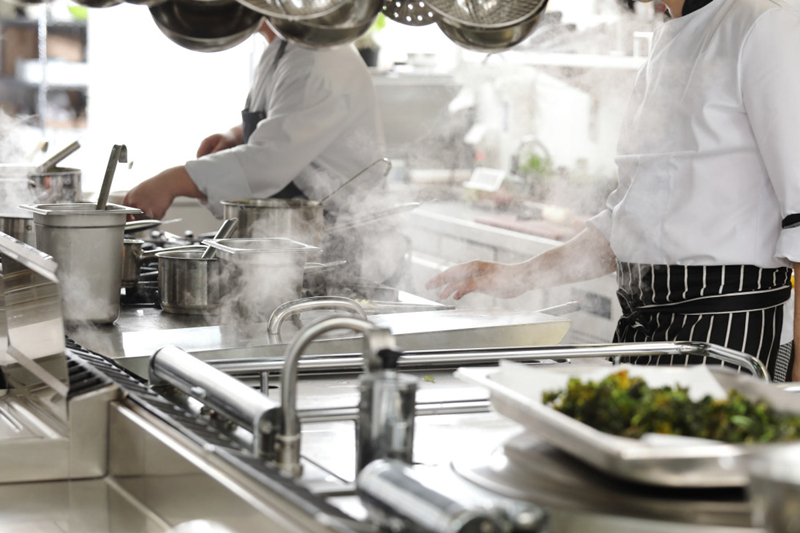 A lot of factors will be responsible for this huge increase in demand for the cooktops, one of them being the recent Covid-19 pandemic, that the world has been battling with. This pandemic has brought many restaurants, fast-foods, and commercial kitchens to its knees, especially those who have failed to implement the latest technology in their kitchen. People no longer sit down for long at eatery’s, instead, they go for take-outs, drive-by, and anything that won’t waste their time.  With that, it’s very important to be swift in your cooking process else you will lose your customers, and what’s the best way to do that if not with these amazing commercial induction cookers.

Analysts forecast that the commercial induction cookers market will see a massive growth at a CAGR of 7% between 2019 and 2021.

The report covers an extensive market analysis of various experts’ views on the products. The market landscape, as well as the growth aspect over the next few years, is well covered

Amongst the many reasons why the demand for commercial induction cookers would increase in 2021, we will discuss a few.

Another good reason why the demand for commercial induction cooktops will increase drastically in 2021 is its amazing energy-efficient cooking process. The world is heading towards a gas-free, carbon-free cooking/emission process and commercial induction cooktops are the benchmark for this. With a technology that only allows the transfer of heat directly to the cooking pan, these cooktops do not allow a single energy waste in their operational process. The fact that they don’t give off gas/carbon or other poisonous and harmful substances, makes them a must-have.

Whether you have a restaurant, a canteen, or any other form of a commercial kitchen, commercial induction cookers are fast becoming a necessity. With manufacturers further increasing their compatibility, consumers demand high productivity, substantial energy saving as well as greater quality when cooking has been met. Not many cookers can boast of offering all these in a single machine but commercial induction cookers are perfect. With them around, your cooking will be faster, more efficient, and boast of raw consistency in the food cooked.

Increase in sales channel and region

Commercial induction cooktops will also see a vast increase in 2021 because its manufacturers have been extensive in their sales channel use. These amazing machines can be shipped to just about any part of the world without restriction. And that is as a result of their zero harmful chemical emission and more. They can be shipped directly or through a distribution network, it’s your choice.

In terms of region shipped to, these commercial induction cooktops are available in almost continents in the world. Such as:

It’s availability worldwide has been as a result of two things.

1. The increase in popularity seen over the last few years. The commercial induction cookers have climbed the ladder of progress in commercial kitchen cookers vastly because of their sheer efficiency. Their ease of use as well as their consistency has made them a fan favorite all around the world and this is only going to continue as the world welcomes more extensive designs.

2. Zero restrictions on shipping/import. Being a gas-free as well as carbon-free cooker, the commercial induction cooker has been able to gain unrestricted access to many parts of the world. Unlike some other cookers that are not allowed in certain regions of the world because of the kind of dangerous chemical they emit, commercial induction cooktops have been welcomed to many regions with open arms. The cookers don’t emit any kind of gas at all, their process of working simply involves, placing a compatible cooking pan on them and allowing them to heat till your food is cooked. The heat is transferred onto the pan placed alone, there is no danger of getting burned, no danger of your food getting burned (since most machines will automatically stop when a spill is detected), you run less risk of ever having to worry about checking what you’re cooking all the time.

Many countries in the world including China and Costa Rica, are working closely with commercial induction cooker hob manufacturers to bring these awesome cookers to their nation’s restaurants by the year 2020. It’s only fair to say that many other countries will follow suit.

The Secrets of Designing a Commercial Kitchen